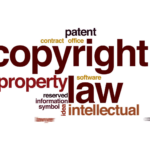 Most internet users are familiar with the term “Google Slap” where Google accuses other parties of infringing its copyrights but this article tells you about Google being accused of intellectual theft- “Google Slapped”! Google is a Californian company that runs a search engine and provides information on various topics to millions of searchers on the internet. It lost a case in the court at Brussels Belgium on 13th February 2007. It was found guilty of breaching copyrights.

Copyright is a legal concept and copiepresse is an expert on copyright laws. He was representing a group of 18 newspapers, mostly French, who claimed Google was stealing their content and making it public. They said it was some articles from their archive section that was being stolen using “cached” links which they only provided to subscribed members on payment. The court immediately ordered Google to remove all such pictures, articles and links that were offending the owners of these newspapers. This also included “Google News” which was displaying information without the consent of the owners of the newspapers. The court ordered that if the owners of this information unlawfully displayed by Google contact, Google will be liable of removing the content within 24 hours or else face a fine of 25,000 Euros per day. Google has appealed the ruling as it believes it has done nothing wrong. It is hard to understand how such a popular search engine with technically sound experts working for it, can deny such an evident violation of the copyright of intellectual property. Copyright theft

Due to this attitude of big and great names, authors and writers everywhere believe any content or information available to them is their possession. Many other websites and ezine writers copy original works of other authors without permission and act clean as if they have done nothing wrong at all. Worse is when the name and link of the creator or the copyright owner is also not mentioned. Such acts make the registration of original, tangible works more important. Though copyright for a piece of work exists when an idea is put down as an expression but registering with the United States Copyright Office ensures the assertion of the owner’s authority. More information on the intellectual theft by Google can be seen in the West Australian News Paper edition of 14th February 2007, page 33 entitled “Google to Appeal over Court Copyright Defeat”. 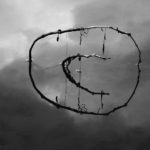 Hearing of a burglary gradually directs human mind to a mugger being caught at the mall or a group of delinquents thieving a car. People think of crimes likes murder, 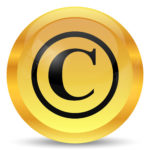 The author or creator of every original work that is tangible in nature has every right over his project. If this work is reproduced, altered, exhibited, broadcasted or made public 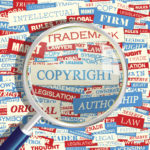 Copyright Law is part of the intellectual property law that assures security of original compositions. The Copyright Act grants protection against plagiarism to all tangible pieces of work. These include