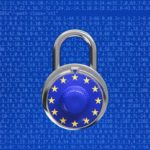 The Court of Appeal in the case of Nova Productions Ltd v Mazooma Games Ltd; Nova Productions Ltd v Bell Fruit Games Ltd [2007] has ruled that producing a computer program which emulates another program, without actually copying that program’s code or graphics, does not breach copyright laws. The case is likely to be of immense interest (and of potential concern) to software developers as well as the owners of copyright in computer programs.Commentators believe that the purpose of the case is to act as a reminder that it is not, and should not, be an infringement of copyright simply to use ideas that are expressed in a copyright work. Lord Justice Jacob’s conclusion that this would turn copyright into an instrument of oppression, rather than a means of encouraging creativity, is to be very much welcomed.The claimant, Nova Productions, had created a pool-based computer game called ‘Pocket Money’. Nova alleged that Mazooma Games and Bell Fruit Games – both were also games producers – had come up with very similar pool games, ‘Jackpot Pool’ and ‘Trick Shot’. Both games contained ideas and functionality similar to those in ‘Pocket Money’. Nova did not suggest that either of the defendants had directly copied the software code of ‘Pocket Money’. The High Court accepted that some parts of the games may have been “inspired by” Nova, and so held there was no copyright infringement.Nova appealed on the grounds that the animation sequences used in ‘Pocket Money’ amounted to “artistic works” and there would therefore be copyright in the sequence of frames. It was also alleged that the other similar features of the game were “literary works”, also protected by copyright. The claim to artistic copyright was in respect of the visual appearance of ‘Pocket Money’, whereas the claim to literary copyright was in respect of the software code and preparatory design material for the software.The Court of Appeal held that copyright must not be used to stifle the creation of individual works which are actually very different. But as well as its general importance in affirming the scope of copyright protection, the decision is particularly important in relation to two specific points covered in the appeal:§ Whether in assessing the artistic quality of a drawing that forms part of a series of stills, such as in a cartoon, the differences between the stills can be taken into account as part of the graphical quality. The court held that a series of drawings is simply a series of graphic works, and that by putting together a series of still images an additional copyright work or protection above and beyond the still images is not created.§ The Court of Appeal has affirmed the principle established in Navitaire v Easyjet, that there is no infringement of copyright in a computer code based on similarities in the visual outputs from this code. In determining whether literary copyright in a computer code has been infringed this has to be based on careful analysis of whether the code itself has been copied, rather than an analysis of whether there is any visual similarity in the outputs of that program.

Let’s establish that anything that is public domain is free, meaning that if you want it, you just take it. You don’t have to pay for it and you don’t 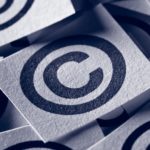 Information products in the public domain are yours to do with as you like, as long as the end result is legal, moral and ethically correct. In a nutshell you

Since as photographers, we have always licensed (rented) our photos, it is shocking to us to find a photobuyer assuming that their payment for a photo represents both present and