Is Plagiarism a Scourge to Academic Career?

Hearing of a burglary gradually directs human mind to a mugger being caught at the mall or a group of delinquents thieving a car. People think of crimes likes murder, theft and perjury but never considers copying and pasting an essay or downloading music from the internet, a felony.Plagiarism is the hottest dirty word which has become a real big problem these days. Plagiarizing one’s own ideas is a fraudulent act and has many consequences that come with it. People around the world don’t even know what actually plagiarism is?Plagiarism is the act of using another’s scheme, estimation, or theory in a way as one’s own, without giving the appropriate credit to the original writer. For instance, the most common example of plagiarism bumped in our modern days is information taken from the internet copy pasted into one’s work. The cheater (person using the copied information) would either straightforwardly insert the information into his/her work, or make some amendments into the structure of some sentences in order to unify it with the rest of his text.Plagiarism traces its roots back to the invention of computers and of course the Internet. At the infancy, Internet was not a big dilemma as students would hardly ever copy things from the Internet due to its lack of availability. As the time went by, some Internet companies decided that they should modernize plagiarism and earn money by developing a website that would lead to plagiarism community. So, numerous websites have started providing essays and research papers on different topics like, law, history and so on and even laid out book reports on common books found in a program of study.Most of the people think paraphrasing is only the replacement of a few words, but they don’t even know that they are committing plagiarism because it’s really the changing of the entire content rather than replacement of a few words.Plagiarism can be easily barred whether people understand it or not. Rather than trying to astonish a teacher or a professor with someone else’s work. It’s an intolerable way of writing and has become more common throughout the years, especially with the invention of the Internet. It wouldn’t be hard for plagiarism to cease if people actually took the time to source their information. Give credit where credit is due. 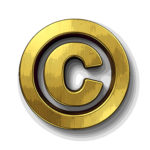 Creating an original piece of work in music, drama, literature, research work, film, design or architecture is a big task which not everyone can perform. Therefore, creativity is always at Let’s establish that anything that is public domain is free, meaning that if you want it, you just take it. You don’t have to pay for it and you don’t 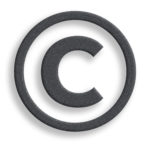 The idea of copyright began with the invention of the printing press, which is largely credited for spreading knowledge to the layperson. It was meant to protect the authors of