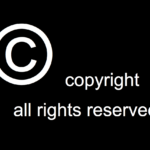 Originally if a third party desires to claim a right from a company he should sue it directly. As an exception, he has the right to sue its manager directly in his personal capacity if it was proved that the manager was not legally authorized to engage such action with the third party or deceived him or committed any act against the law. Furthermore, if the manager’s authorities were lately restricted, and was not executed before the responsible authorities, a third party cannot be confronted with those restrictions. In some cases even after the company’s manager is dismissed or has resigned, he remains liable for some actions. For example, the manager is held responsible for the cheques issued by him if their due dates were after his resignation date and there were no funds to pay them on the date they were signed. 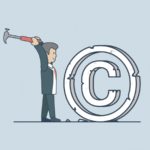 Copyright is a legal tool that provides the creator of a work the right to control how a work is used. US Copyright law is a Federal Law which protects