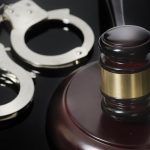 Should you ever find yourself arrested and in jail, you will need to know how to post your bail in order to be released until your next court date. Bail can be a bit of a tricky subject, the amount set and the conditions surrounding it will depend on many different things. The crime with which you have been charged, the evidence against you, the level of threat you may or may not be perceived to be to the community, how much wealth you have, how likely you are to show up to your next court date and your means to flee should you decide to do so are all factors that will be considered when it comes to your bail. Nevertheless, no matter the situation you find yourself in, there are a few ways to place your bail taking into consideration your options from the court.

The money you pay when you post bail is refunded when you show up for your required court dates. The problem is, however, that most people cannot afford the full amount, often thousands of dollars, at one time. This is where a bail bondsman comes in. Minnesota Bail Bonds requires you to pay a small percentage of your bail to them and in exchange they will post the entirety of your bail. Bondsman also typically have payment plans that allow you to pay them in a way that you are able. The money you pay to them won’t be refunded but you won’t be required to pay the full amount of your bail as long as you show up to all of your court dates, if you don’t then your bondsman will be required to pay the full amount to the court and will subsequently hold you accountable for repaying them.

When given the option by the judge, you can also use collateral to post your bail. Collateral can be anything you own that is high in value like your home, firearms, real estate or jewelry. For smaller items, the court will maintain possession of them until the case is resolved, for larger items, like a house, they will hold onto the deed. If you should fail to appear for you case then the property will not be returned, but as long as you show up you’ll get all your property back.

Another way to post bail is to simply pay the entire thing in cash. If you have enough money to do so, this is probably the simplest way, however, in most cases bail is far too high for the average person to do this. Also, given the fact that each individual’s wealth and assets are taken into account when setting bail, it is unlikely that bail will be set in a range that can be reasonably paid.

Being released on bail will allow you spend time at home before your case goes to court and to plan accordingly with your attorney. This will be the best options for you in the long run. 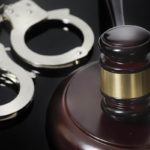 Being convicted is an extremely unpleasant experience that can and should be avoided. It can lead to a lot of unwanted consequences which have the potential of derailing your life. 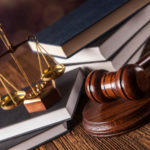 “Driving Under the Influence” or DUI means driving the vehicle after the intake of excess amount of alcohol or drugs. If you are also a convict charged under the “Driving 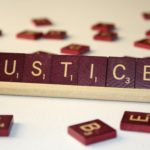 Many companies will take the initiative and run background checks on their employees. This is an excellent practice and has many benefits including limiting liability and fraud in your workplace.