4 Issues Addressed in a Divorce Decree 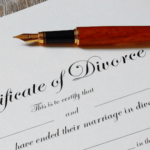 The order that ends a divorce proceeding goes by many names — divorce decree, order of dissolution, final order, and final judgment. Under California law, the dissolution order ends the marriage and restores you and your spouse to unmarried status. This means you can remarry without violating any criminal laws against bigamy or polygamy.

The California State Legislature codified guidelines for child support that include a formula for calculating child support. The formula includes:

The divorce decree will include the court’s calculation for child support using the evidence presented to the court and the formula included in the statute.

Community property includes all other property acquired during the marriage.

You and your spouse may fight intensely over spousal support, also called alimony. The court can consider 11 factors in deciding whether to award spousal support and how much to award. These factors allow the court considerable discretion. This provides plenty of ground to battle over during the determination of spousal support.

Since these factors are amorphous, both you and your spouse will present evidence to support your side of the alimony fight. The divorce decree will contain the determination of whether to award alimony, how much to award, and how long the alimony will continue.

If you are unhappy with the dissolution order, you and your Riverside family law attorney can petition to modify the decree. You can work with your ex-spouse to modify your divorce decree or request modification alone. 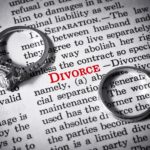 Divorce mediators in South Africa have always been free to operate without any form of regulation in terms of training and skills. Since the introduction of the “Children’s Act 38 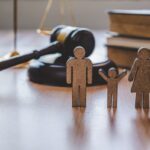 When you think about talking with an attorney, do you automatically imagine that the situation is contentious? So often this is the case, but family law attorneys often help people 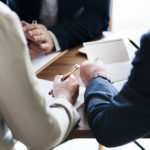 Every couple faces some issues in their relationship now and then, and several times, they find themselves thinking about getting separated from each other, or even to get divorced. But