Legal Adviser Help Family Law and Divorce What Is A Public Divorce Record?

What Is A Public Divorce Record? 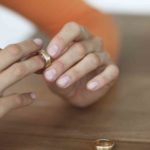 Public Divorce Record DefinitionA public divorce record may be in the form of a decree or a certificate. A decree is several pages long and outlines a court’s ruling on a dissolution of marriage, or divorce, case. Matters it covers include division of both assets and liabilities such as property owned and debts owed. Visitation and custody agreements are also typically outlined in a divorce decree.Divorce certificates are short forms that do not include the details of a dissolution of marriage court case. Rather, they have both names of the parties, the date the divorce was granted and the county where the dissolution of marriage occurred. States with an “open records” approach often issue decrees as an official record of divorce history, while “closed records” states tend to offer only certificates.Certified Vs Informational CopiesCertificates can be further categorized into certified and informational copies. While every state issues certified copies of such documents, some also have informational copies available. Both types of public divorce records contain the same information. The difference is in the legal clout of each kind of copy.Certified divorce certificate copies are printed on state paper and are considered as legal proof of the dissolution of marriage. The term “dissolution of marriage” is the official and interchangeable one for “divorce.” The most common reason for requiring a certified copy of a “dissolution of marriage” record is to provide proof of eligibility to remarry which inherently requires that the previous marriage has been legally dissolved. Another reason this legal proof of divorce document may be required is when a divorced person applies for state or federal benefits such as an income or housing supplement.Informational public divorce record copies are typically stamped with words such as “not to be used for purposes of legal identification.” They are not admissible as legal proof of divorce either for remarriage or to obtain benefits. Persons who are not named on divorce documents may be allowed to request and access informational copies of these records in many states.Public Divorce Record LawsDue to the Freedom of Information Act (FOIA) in the United States, each state must have some public access to vital records — including those for divorces. However, the privacy laws in public divorce record policy vary widely in different states. In most “open records” states, anyone may request a record of dissolution of marriage to view or have a copy of, while in many “closed records” states, only the persons named on the documents, or members of their immediate families, or legal representatives, have access rights.In all states, those with legal authority may access a divorce record. Persons who want their divorce files sealed typically have this option in any state, although the proper procedures must be followed. Everyone should always use a professional, trustworthy public record provider when searching for divorce records online. 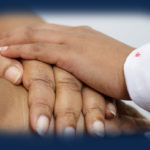 As legal professionals training within the space of Household Regulation, we get requested usually in regards to the variations between an uncontested divorce and a contested divorce. You will need 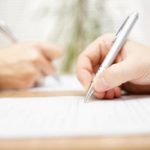 Child support can play a huge part in the child custody process since it may serve as the motive behind various custody requests.A mother may try to get sole custody