Legal Adviser Help Identity Theft How Does A Hacker Steal Your Identity?

How Does A Hacker Steal Your Identity? 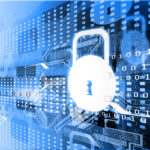 The sudden down slope of the economy has not deterred identity thieves from doing what they do best. Identity theft info is all over the Internet and traditional media, warning people about the dangers of fraud, but victims continue to spring up. The reasons behind these resilient moves are adaptation and technology. As a result, a continuous fight against identity theft takes place every moment of every single day. It’s important for everyone to know about identity theft and how to protect themselves from it. Identity theft does not only happen when you use your credit cards. Hackers are getting smarter by the millisecond and they have devised so many creative ways to steal your identity. Most of the time, they use mind-boggling techniques that enable them to get what they want without the victim even knowing it.

Your personal and financial information are the vital puzzle pieces that hackers need to take over your identity. You should avoid identity theft by implementing precautions to protect yourself and your family. Even if identity theft is a common crime, it doesn’t mean that you or your family have to be victims. Methods Used by ID Thieves Through the years, identity thieves have done their work and have been found out by authorities. Still, even if their various methods have been discovered, they continue to plague us with their invasive techniques. Here are some of the well-known methods that hackers use to steal your identity: Social networks Various social networking accounts are being hacked and being sold online. This allows identity thieves and their “clients” to get their hands on valuable personal information. An example is Twitter, wherein handles are sold in bulk for about ten dollars. It is said that a software called “Twitter Hacker” is sold conveniently online and can be used by anyone who wants to gain access to any Twitter account. The hackers, in this case, are teens looking to make some money on the side. They often target one-word accounts. Facebook and other social networks are valuable sources of data for these hackers as well. They take it one step at a time, starting with your full name and birthday. Then they go to job sites and find out what you do, where you live, and what school you attended. After that, they go to creditors or government sites to access your legal documents. Before you know it, your credit report is ruined. Skimming This method involves the use of a scanner inside the machine itself. It scans the magnetic strip of your credit card while it’s being swiped, and then a wireless camera takes a photo of the keypad as you enter your pin. The hacker has a key to the machine so he could collect the data and reproduce new cards to turn your data into money. Skimming can happen in gas pump stations, restaurants, and pharmacies among others.

Data breaches Hackers also penetrate major offices and databases to steal personal and financial information. Some pay insiders such as employees to access the databases. Major credit companies have already experienced data breaches before and until now, they still struggle to find a way to completely stop the crime. Email viruses Be careful when you open your emails because there could be links within them that release viruses into your computer when you click on them. The virus then makes your system vulnerable to identity thieves. It would be a good practice to do an annual credit check up to protect your identity. These checks and other similar identity theft solutions should be the responsibility of all the credit card holders. In this day and age, every hacker knows when the right time is to strike. It would be best for consumers to be at a constant ready when they do. 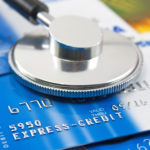 Identity theft continues to be one of the fastest growing crimes in the U.S., affecting one out of four people every year according to the FTC. This is a staggering 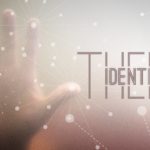 There are infinite reasons for a person to think about ways to protect against identity theft and fraud. When put into simple words, identity theft refers to one person using 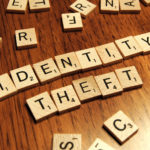 When the Javelin Research & Strategy released their most recent id theft statistics report last February, there are some alarming news and some good news, as well. Here are some