When the Javelin Research & Strategy released their most recent id theft statistics report last February, there are some alarming news and some good news, as well. Here are some of the key findings of the 2013 Identity Theft Statistics that every consumer needs to know. Incidents have increased

There has been a steady rise in identity theft cases in 2012 and 12.6 million victims were affected. This finding is much higher by a million compared to the 11.6 million victims last 2011 and by more than 2 million last 2010 (10.2 million victims). In addition to this, the statistics showed there were around $21 billion losses in 2012 – much higher than in 2011 ($18 billion) and 2010 ($19.9 billion). With these findings, the Javelin Research & Strategy estimates that there has been 1 incident of fraud every 3 seconds in 2012. Recipients of data breach notifications are more likely to become fraud victims When a company sends letter to its consumers that their account with them has been involved in a data breach, it is highly likely that consumers will become identity fraud victims. Therefore, a data breach plays an important role in id fraud. The report estimates that in every 4 consumers, who received a data breach notification, one of them has actually become a victim of identity fraud. This rate is the highest since 2010, according to the report. It’s of utmost importance to treat data breach notifications seriously, because this is one of the best ways to prevent becoming a fraud victim. The report also states that those consumers who included their Social Security numbers in their account information are more likely to become a fraud victim. So, it’s safe to assume that one consumer who received a data breach notification and become a victim has had his/her social security number compromised in the process. Victims have become more cautious Perhaps, one good thing about the report is that despite the increase in the number of victims, consumers have become more aware of the problem and its possible long-term effects. The report stated that victims have learned to change their shopping patterns and become more selective where to purchase items, following an identity fraud incident. They preferred to shop in larger retailers and avoid the smaller ones, fearing that these might be the common thriving place of fraudsters.

The number of days that a fraudster misuses a victim’s information has decreased Another good finding of the report is that consumer information has been used fraudulently for approximately 48 days in 2012. This finding is much lower than the average days in 2011 (55) and in 2010 (95). This means that financial institutions and other credit-based agencies are working thoroughly to prevent subsequent identity fraud damages to their consumers. By looking at the average days in 2012, efforts to mitigate identity theft problems have produced a significant overall impact. Proactive measures like early data breach notification to consumers, regular monitoring of financial accounts, as well as purchasing credit monitoring and identity protection services showed positive outcomes, as emphasized in the report. Identity theft tips based on the 2013 report Data breach notifications should never be taken for granted – the report showed how important data breach notifications are in terms of informing consumers that their accounts might be affected by fraud. These notifications should never be taken lightly, because you might end up becoming a victim and losing your identity to criminals. Keep sensitive information private – whether these are financial documents, social security numbers, or online banking accounts, you must always keep these secure and private. These are personal things that only you should know of. Before sharing it to someone or to a financial institution, ask first why they need it and how will they protect it. 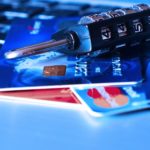 Being a victim of identity theft isn’t something you would wish for. If you think that all they do is take advantage of your credit, then think again. These thieves 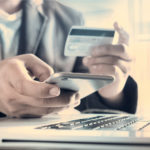 Identity theft is really a crime wherein a criminal get hold of essential personal info (e.g. Social Security number, driver’s license number) in order to assume somebody else’s identity. The 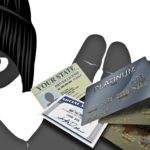 Do you want to know how to protect yourself from online identity theft? You have to know everything you can to save you from this horrible nightmare. Only a small