Illegal Immigration Law Not Complied by The Agencies 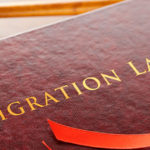 The Government has made tough laws against Illegal immigration, which basically includes people trying to enter the nation by illegal means. The illegal immigrants cannot do this act alone, but they get support from the agencies that are basically meant to promote legal immigration. The government has laws which say that a person caught entering the nation illegally or somebody who favors such an entry would be detained for a period of as many as 10 years, he might get imprisonment sentence or he might have to wait for a period of five years to apply for permanent residency status and they may be declared ineligible to come to Canada never again.

In spite of such a stringent law in place there are agencies that are not reported of not complying with the laws immigration. Immigration Enforcement Review Board of Georgia has reported more than one thousand cases against the agencies which are not complying with the laws of Immigration system by the Government. D.A King, an illegal immigrant activist has suggested a change in Bill 87 so that the Government employers with two or more employees are made to file annual reports about their contractors and workers. This would help in understanding if they have any immigrant and if at all he is illegal or legal. Most of the agencies have failed to submit a report on the accounts which they are supposed to submit by December 31. The Officials have their logic of being overworked and unfamiliarity of law as the reasons for not filing the reports. The auditors lack a complete list of Government agenciesthat have more or less than two employees. As per the list available with the auditors, the Agencies have been issued a warning letter wherein they have been informed that the failure in submitting reports would lead them to non-availability of grants and also a fine or $5,000. Chairman of Immigration Enforcement review Board, Ben Vinson says, “It would be difficult for the board to take action concerning so many agencies.” He also said that his board has reported cases against agencies that are helping Illegal immigrants not only to enter the nation but also to stay here illegally, manage to get a job and being sheltered. The agencies are helping the illegal immigrants to travel within the city and earn moony for their survival. The board has appointed a committee of three members to look into the various aspects of the complaint. The Committee would also investigate the matter to understand the causes behind the same so that the wrong-doers could be caught and punished.

Vinson has assured that “the committee would be asked to submit an interim report about this issue.” The complaint has rung a bell against the offenders and has also raised the curtains behind which illegal immigrants have been imported for a handful of employers who get their work done at a cheaper rate than they could have. A deeper investigation will throw light on the real issues pertaining to illegal immigration. A special economic and trade understanding created between Mexico, Canada and United States is the North American Free Trade Agreement (NAFTA). Temporary entry into the United States to take on 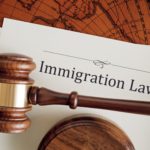 Are you a victim of an “illegal immigration” of United States and it has become really difficult for you to overcome such woes? Are you still facing the rut of 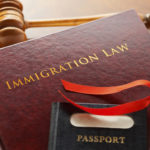 Most of the developed countries have a major percentage of their population occupied by the immigrants. Most of the countries like USA, Canada, Australia and UK have considerable number of