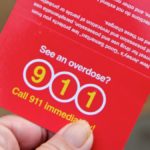 New Jersey laws provide some protection, but not absolute protection, to people who help accident and drug overdose victims.

The Good Samaritan is an old story about a man who goes out of his way to help a wounded traveler he meets on an isolated road. This morality tale stresses the importance of helping one’s neighbor, even if that “neighbor” is outside one’s circle of friends and family.

Like most other jurisdictions, the Garden State has some Good Samaritan laws that protect well-meaning people from liability lawsuits. The theory is that people who are trying to help should not face harsh consequences if their aid somehow falls short.

Even under ideal conditions, emergency responders typically arrive several minutes after a car crash or other such event. Circumstances might make response times even longer in some cases. Once they arrive, these responders secure the scene and tend to injured victims. New Jersey’s Good Samaritan law protects bystanders who do the same thing.

However, this law has some limitations. Section 2A:62A-1 only applies to “good faith” emergency care. In this context, good faith basically has two meanings.

Good Samaritans cannot have ulterior motives. If the rescuer really wants to harm the victim, the law’s protection does not apply. These situations do not come up very often.

Good faith also means that the rescuer does not act recklessly. These situations are rather common. Some Good Samaritans do more harm than good. They might move accident victims who probably have head or spine injuries. Alternatively, they may start performing emergency services, like CPR, and then stop. Arguably, immunity does not apply in these situations. So, if a well-meaning Good Samaritan made things worse, victims may have legal options.

Breaking Down the Overdose Protection Act

Unintentional poisoning, mostly drug overdoses of prescription painkillers or heroin, are one of the leading causes of injury-related death in the United States. These events are related. Frequently, heroin addicts began using after they became addicted to an opioid painkiller.

New Jersey has some rather harsh drug laws. For example, people who are in the same room or car as drugs could be charged with drug possession. Furthermore, people who give drug addicts a place to use could be held responsible for overdose injuries.

This law does not apply to most other drug-related crimes, such as drug trafficking, DUI-drug use, or causing the death of another person.

In civil court, the Overdose Protection Act has some ramifications on the negligence per se doctrine. This legal rule, which holds people responsible for damages as a matter of law, has only limited applicability in drug overdose cases. 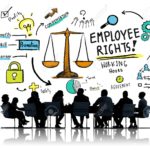 Negligence in employment covers several actions in tort law, mainly when an employer is responsible for the accident (or other tortuous act) caused by the employee. The employer in this 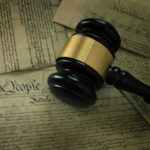 West Virginia is a very popular state which is located in the Appalachian and Mid-Atlantic regions of the United States. It is surrounded by Virginia from the southeast, Kentucky from 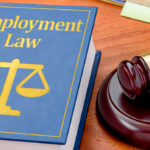