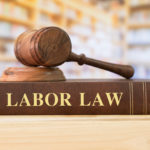 The workplace is filled with stories where employers unfairly displace employees, based on either personal grudges or suspicions that have do not have any root causes for and neither have been substantiated in any way.There are times when dismissal is fair, based either on the lack of performance shown by the employee, or when talking about recent times, the curse of the recession and the resulting redundancies that have occurred. If you belong to the first case then there are different means and methods of dealing with your suspicions about whether your dismissal was fair or not.The first most reasonable thing you can do is to analyze the proceedings that led to the dismissal. If your employer gave you a specific reason as to why you were dismissed, think over it and determine for yourself whether you were unfairly dismissed or not. If you feel that you were, you should try contacting your employer and talking out your differences with him or her in a reasonable and calm manner.Sometimes, you may be unlucky to get stuck with unreasonable employers. In that scenario, you may want to try the law and see how it works for you. Under the United Kingdom law, employees have been provided with certain privileges, and they can make use of the law in their favour. You can try appealing under the disciplinary procedures of your employer, but if that does not seem to work out then you may want to try the Employment Tribunal, also known as the Industrial Tribunal in Northern Ireland.Before lodging a formal complaint at the Employment Tribunal, see if you can get your employer to listen to you in a reasonable manner. You should enlist the services of the Advisory, Conciliation and Arbitration Services that provide you with specialist. This specialist is there to serve as a bridge between yourself and the employer and helps suggest ways of reconciliation over your differences.It is important to note that if you are set upon making a formal complaint at the Employment Tribunal, you should do so within three months of your unfair dismissal. If you have come to an agreement with your employer such as the “compromise agreement”, it does not allow you to lodge a formal complaint against the employer.You may have been given more than one reason for your dismissal. Whatever be the reason, it is up to you to prove why you feel you have been unfairly dismissed. The court is there to only provide a ruling if facts are provided. Make sure that you have official correspondence or any other proof of records that state that you had been doing your job in a regular manner and that you were unfairly dismissed.If you are making a complaint against your employer, you should employ the services of a good attorney, who can guide you ably through the whole procedure. Since your firm would already have a professional litigator, it might be considerably difficult to prove your case, especially if it has been a watertight dismissal, and there has not been any shady business to have taken place.

Everyone in business knows that successful businesses strive to “do it once and do it right.” This is the best approach to not only the services and products provided but 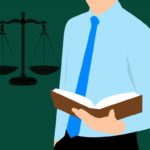 If you have been injured on the job, you likely understand that there is a long list of requirements through which you must pass in order to secure the financial

When it comes to on the job injuries, most people think of factory workers as the population most at risk. But, surprisingly, most factories have less injuries and fatalities than