Ask a Car Accident Lawyer in Wyoming: 3 Things You Should Know

If you’ve been involved in a car accident, you should consider calling a car accident lawyer in Wyoming. For most people, this thought never even crosses their mind. However, Wyoming law allows you to sue for damages caused by a car accident, and in some cases this could be your best course of action. Especially when you’ve been injured or know you were not at fault at all for the accident, a lawyer can be your most valuable asset.

1. Wyoming Is an At-fault State

First of all, it helps to understand how Wyoming law works when it comes to car accidents. There are two types of laws in the US, at-fault and no-fault laws. An “at-fault” state, also called a tort state, is one that allows courts to decide who was at fault for an accident and penalize or reward drivers accordingly. No-fault states, on the other hand, split damages evenly by both parties unless criminal activity (like drinking and driving) is involved.

Since Wyoming is an at-fault state, you can sue in court to recover damages caused by the accident. To be successful in court, you’ll need to prove that you were not responsible for the majority of the damages. Courts can assess the exact percentage to which you were at fault. For example, if you were rear ended, but had broken taillights, the court may decide you are partially to blame, perhaps 25% while the colliding vehicle represents the other 75%.

2. There Are Two Kinds of Damages

If you’re found to be less than 50% at fault, you can recover the excess damages. Your award will be reduced by whatever percentage you were found to be at fault. So, what damages can you sue for? There are two types of damages you should consider. The first kind are economic damages. These are easily quantified. For example, damage to your vehicle can be calculated based on repair costs. Medical bills and lost wages are likewise quantifiable economic damages.

However, that’s not where the law stops. Non-economic damages, more commonly referred to as pain and suffering, are also recoverable. While these cannot be quantified, the court can use its discretion to determine how much to award. It’s common for the court to use a multiplier based off of your economic damages. There is no limit in Wyoming to how much you can receive for non-economic damages. Nevertheless, you’ll need strong representation to get the best settlement possible.

3. Your Chances Improve With a Lawyer

Many people believe that since car accidents are fairly straightforward cases, they don’t need any legal representation in court. However, the legal system is always complex. Just filing your suit can be a hassle if you don’t know the procedure. In addition, it’s easy to miss important details due to your lack of experience. A car accident lawyer Wyoming can guide you through the process smoothly.

So, it’s possible to sue for damages if you’ve been in a car accident in Wyoming. You can recover your quantifiable economic damages and attempt to get something for your pain and suffering. The best way forward is to call a lawyer. 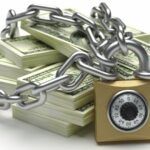 A business’s finances are one of its most important assets. It is a business owner’s responsibility to protect their business’s money at all costs. From insurance to business tactics, there 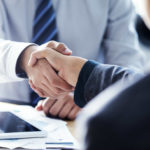 What’s Authorized retainer-ship?In right this moment’s complicated authorized surroundings the company entities and professionals must be very cautious in all of the business dealings, communications, agreements and contracts. It is 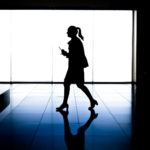 Attorneys play a vital function whenever you go in for any authorized contract, be it for any objective. Some would possibly structured settlement are fairly a superb investing possibility and