Legal Adviser Help Law  What is a Misdemeanor?

What is a Misdemeanor? 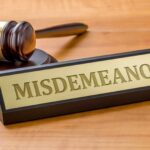 A misdemeanor is a criminal offense, but it’s less serious than an offense that is classified as a felony. Misdemeanors are also broken down into class types based on how serious the offense alleged is. As per Arizona Revised Statutes section 13-601, those are Class 1 through Class 3 misdemeanors, with Class 1 offenses being the most serious.

If a criminal statute doesn’t specify what type of misdemeanor that an offense is, it’s automatically classified as a Class 2. Some common examples of Class 1 misdemeanors in Arizona include the following:

As per section 13-601(B)(1) of the Arizona Revised Statutes, a conviction of a class one misdemeanor is punishable by the following:

Impacts of a Misdemeanor Conviction in Arizona

Aside from that possible jail sentence and a hefty fine for a Class 1 misdemeanor conviction, there can also be other consequences. Most importantly in that context is that a permanent record of a conviction for a criminal offense can result. Here are some other examples of how a person might be impacted by that record:

Most people have never been arrested before. They’re justifiably nervous as they really don’t know criminal law and procedure and what lies ahead of them. For purposes of preserving and protecting a defendant’s rights, a knowledgeable and experienced criminal defense attorney should be retained as soon as possible after an arrest. 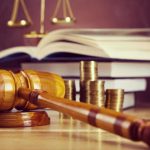 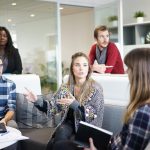 Facing discrimination in the workplace can be difficult. You may feel like you’re all alone and have no one you can talk to. It may even prompt you to leave 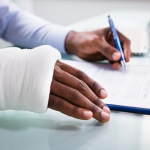 Personal injury claims are lawsuits that seek compensation for the injuries sustained. But to pursue a legal claim, you need to have proper grounds that hold the defendant at negligence.