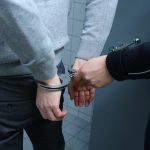 Being released on bail is a boon to many people who find themselves on the wrong side of the law. If a judge allows you to be released on bail, you’ll be able to await your trial date from the comfort of home and have ample time to mount a solid legal defense. It’s important to understand, however, that bail is far from a “no strings attached” affair. While out on bail, you’ll need to be extra-mindful of your conduct and meticulously adhere to any conditions stipulated by the court. If you’re currently out on bail and awaiting trial, take care to heed the following tips.

Honor Any and All Bail Conditions

If a judge places conditions on your bail, you’d be wise to follow them. For example, you may be ordered to avoid contact with other people related to your case or abstain from traveling in advance of your trial. Failure to adhere to these conditions is liable to result in a warrant being issued for your arrest. Needless to say, violating the terms of your bail is unlikely to prove helpful at your next bail hearing. Furthermore, failing to honor the judge’s conditions may impact your chances of being granted bail in the future.

If your bail was posted by a bondsman, make sure to remain in close contact with this person. Assuming you’re permitted to travel while out on bail, you’ll need to inform both your bondsman and attorney before heading out. Suddenly leaving town without giving any sort of advance notice is going to look very suspicious to most bondsmen, so don’t keep the person who was kind enough to post your bail in the dark. Furthermore, if there are changes regarding your case or trial date, take care to keep your bondsmen in the loop. Golden State residents looking for Vista bail bonds are sure to find what they seek at Acme.

Show up for Your Trial Date

It is absolutely imperative that you show up for your trial date. Failure to do so will not only make the court less sympathetic to your situation, it will also violate the trust of your bondsman. When defendants are no-shows at their trials, bench warrants are typically issued for their arrests. In addition, bondsmen often send bounty hunters after these individuals in order to protect their investments. There is no possible upside to skipping out on your trial date, no matter how poorly you expect the proceedings to go.

Few things are scarier than awaiting trial in a jail cell. The fear and uncertainty synonymous with this experience can be overwhelming, even if this isn’t your first run-in with the law. As such, there’s little wonder as to why so many defendants regard bail as a preferable alternative. If you’re lucky enough to be granted bail, it’s imperative that you exhibit trustworthiness and be on your best behavior. Fortunately, provided you remember the previously discussed pointers, this shouldn’t prove terribly difficult. 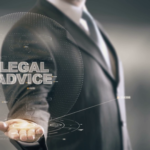 Every business needs excellent backup of corporate legal services to make the business flow smooth. The major issues that keep hold on the growth of a business arise through the 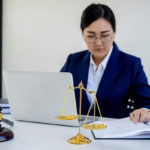 Drivers, who have escaped jail time for drunken driving offenses, were lucky in past years, but times have changed. The authorities put emphasis on improving road safety for pedestrians and 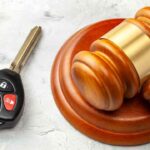 We are a no-charge source readily available to you to safeguard that you obtain a great vehicle crash lawful exec viable for your instance. If the hurt specific dreams to