The Top 3 Largest Toy Recalls in the World 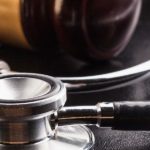 Most parents can’t go a week without purchasing a new toy. Parents expect a level of safety and often it is fulfilled but while companies promise oversight and safety, kid-friendly did not apply to these toys. 1. Aquadots

Aquadots were a fun product idea. Tiny balls were placed in a plastic tray to create a picture. These beads could then be doused with water so they would expand, creating 3-D, colorful pictures. In an otherwise dismal year for toys, Aquadots took off immediately. The product was so innovative that it was awarded 2007’s Toy of the Year in Australia and added to many must-have lists during the holiday season. Aquadots reign as toy champion imploded seven weeks before Christmas when it was discovered that while Aquadots were safe for normal use, ingested Aquadots were metabolized into gamma-hydroxy butyrate (GHB). This powerful sedative is more commonly known as the date rape drug. In an apparent attempt to cut costs, Aquadot’s manufacturer switched the more expensive 1,5-pentanediol which provided coating the beads for 1,4-butanediol, the precursor to GHB without disclosing this change to distributors. In 2007, U.S. Consumer Product Safety Commission (CPSC) received reports that ingested Aquadots were causing vomiting, dizziness, and in two cases, coma. Officials in Australia were receiving similar reports and an immediate international recall was put into effect. Retailers rushed to remove units from their shelves. Surprisingly, Aquadots are still available today by the name of Pixos but manufacturers have discovered a way to deter ingestion by spraying the balls with Bitrex, a bitter, non-toxic substance. 2. Sky Dancers Sky Dancers were fairy dolls with wings set on a base. When they were launched from base by a pull cord, their wings worked like propellers, floating to the sky and gracefully reaching the floor. Unless a body part got in the way. A nearly nine million unit recall was issued in 2002 after the CPSC found over 170 reports of injuries caused by Sky Dancers. Ranging from concussions to broken teeth to causing blindness, the unpredictable descent of the Sky Dancers could not be buffered by minimal foam coating on the fairy’s wings. To make the recall worse, the CPSC ultimately ended up fining toymaker Galoob $400,000 for withholding reports of injury. According the CPSC, Galoob were receiving complaints about the danger of Sky Dancers well before CPSC but never disclosed that information. Sky Dancers are still on the shelves today, albeit with softer wings. 3. The Mattel Magnet and Lead Fiasco Mattel was hit with a recall double whammy in mid-2007 when it was discovered that not only was lead-based paint being used in multiple lines of products but other products were made with tiny, powerful magnets that were falling off their toys and being ingested by children causing digestive tract damage.

In early August, Mattel announced a recall of Fisher Price products containing lead paint. While there were no reports of lead poisoning, upon discovering the use of the lead paint by overseas manufacturers, Mattel issued a recall on the tainted toys. This recall was later widened to include “Cars” action figures. Just two weeks later, the recall expanded to include dangerous and powerful magnets. The magnets involved in the recall were attached to multiple lines of Mattel products including Polly Pocket, Barbie, and Doggy Daycare. Mattel and the CPSC reported nineteen children being hospitalized for surgery after ingested magnets wrecked havoc in the digestive tract. One child died. Recalling over 18 million products, Mattel was quick to act. CEO Bob Eckhart addressed concerns parents promising better oversight of overseas manufacturers. 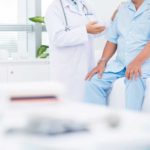 Car accidents range from minor fender benders to life-threatening collisions, with most falling somewhere in between. If you or someone you love was recently involved in a car accident resulting

Whiplash injuries often appear in car accidents and personal injury claims. We are basically talking about several possible neck injuries, usually something that affects the area’s soft tissue. They are 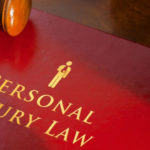 People who opt to work with an injury lawyer often attain more favorable settlements than trying to go it alone. Car accident lawyer victims often have severe injuries that require