Do Private Investigators Have Police Powers? 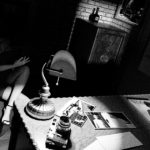 Police is considered as the major force to maintain the law and order in any part of the country. They are provided with the special powers to deal with the crimes, criminals and frauds. Among this power, they have the rights to suspect, interrogate and question any citizen and at the same time they can appeal the court to detain or arrest or extent the custody to get the secret information about any crime case. They can exercise their special power and rights on any common person, celebrities, dignitaries or politicians and ministers. No one can get the escape if the person is involved in any kind of illegal or corrupt practices. This enables them to maintain the law and order in the country. Excluding police, no one is given these special rights and powers to exercise on the citizens. Even private investigator that helps in providing the clues of any case to the police, are also not provided with same powers. Role of private investigator

A private investigator is a person who investigates the case for any individual, business and organization. They work with attorney in most of the criminal and civil case or on behalf of a client or defense attorney. Sometimes, these investigators are helpful in investigation the suspicious insurance claims for any individual or company. They are hired to the retrieve clues and proofs of any adultery. They take up the task of complete back ground check, skip tracing, process servers, surveillances and many cases they conduct the pre or post marital affair verifications, Present role of these people provide more access to investigate the employment screening, corporate espionage and undercover operations. In the present preview, they are taking up the cases of computer investigation where thy uses the computer forensics to reveal the information. In addition now a day’s people are hiring the armed investigators for their personal security .This trend has made most of reputed people, celebrities and dignitaries to employ the private investigators for their personal purposes. Governments of many states have brought out certain strict rules and regulations to govern and regulate this industry. Most of the surveillance requires up to date knowledge and handling capabilities of these private industry. Legal or criminal cases are also one of the leading fields of the private investigators where they can sustain to bring remarkable results. They are quite helpful in working with the law enforcement agencies and legal firms to solve most of the typical cases. Huge experience in critical cases is increasing their professionalism and expertise. They are able to ensure the clients with their trustful results. Do private investigators have police powers? A private investigator is only an investigator who is issued with the license from the state or central government to carry out investigation for clients which could be attorneys, insurance companies and individuals, who require the investigation for some purpose. 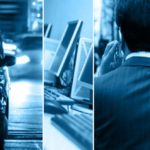 There are times when companies or investors in general are adamant in investing from a particular place. This can be because of several factors, some of which come under the 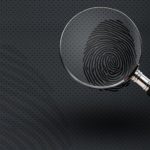 Are you good at noticing things people miss? Do you have a keen to know the things in detail? Yes, then becoming a detective may be easier for you. Detectives 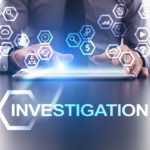 Tanzania is one of the growing nations in the South African countries, leading in majority of sectors by providing the greater support and wide variety of option and opportunities to