Legal Adviser Help Private Investigation Why The Television Series 24 is a Metaphor For Our Times?

Why The Television Series 24 is a Metaphor For Our Times? 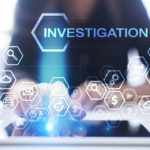 Popular entertainment contributes significantly to public fear of not being prepared for future disasters. The television series 24, for example, depicts a world in a state of constant flux and crisis. It is a uniquely globalized world that demands skills of rapid assessment and adaptation, along with technological acumen. Because nothing less than the survival of entire cities or nations is at stake in each moment of conflict, every interaction is one of heightened tension and instability, both for the characters and the viewers.The world of 24 is also incredibly brutal: it demands the blurring of individual identities, social relations, and state legalities. This constant crisis of identity and of “truth” takes its toll on the characters, who not only subject themselves to grave physical and psychological harm but also must harm and even kill their friends and colleagues for the ever-elusive goal of achieving national security.

The first season of 24 aired in 2001, after the attacks of 9/11. Starring Kiefer Sutherland as counterterrorism agent Jack Bauer, the show gained widespread acclaim for its innovative split-screen format, real-time depiction of events, and suspenseful plots. The remarkable success of this show must be credited to more than its ability to speak to the fears of Americans and others about constant plotting by terrorist sleeper cells or enhanced vulnerability to attack. More than this, 24 has played an active role in reshaping public perceptions and political discourses about terrorism and counterterrorism, especially by normalizing practices of torture as necessary and supposedly effective tactics in the “war on terror.”In many ways, 24 functions as a metaphor for our times. It presents, in highly crystallized form, the emerging social orders and contradictions of globalization.Global flows of people and goods are perceived as necessary for national economies and for democratic ways of life, yet these flows also catalyze vulnerabilities: terrorism, military intervention, and economic instability, to name a few. The neoliberal state heightens its security apparatuses while dismantling its social programs. Whereas neoliberalism is typically understood to indicate the privatization of public services or resources, it now takes on an added disciplinary dimension with the simultaneous augmentation of security forces throughout societies. Thus, the state-run Counter Terrorism Unit (CTU) in the show is well funded and stocked with the latest high-tech surveillance systems, but some of the show’s characters must contend with conditions of pressing poverty and insufficient child support. There is some evidence, in fact, that the unwitting “bad guys” in the show are driven into collusion with “real” terrorists because of their economic insecurity. The window that viewers are given to state agencies, such as CTU, paints them as bureaucracies burdened by unnecessarily strict rules, procedures, and chains of command. These agencies function, it seems, in spite of themselves, due in large part to flexible individuals who can work between agencies and in the margins of acceptable behavior.In this way the show echoes and reinforces dominant neoliberal sentiments expressed by the media and others in the current political environment. Finally, the structure of show as a real-time, twenty-four-hour day effectively symbolizes the nonstop, just-in-time production models of economic globalization, but with an added emphasis on the need for constant, self-sacrificing labor and responsibility. The future of the world depends on it. This chapter interrogates the dominant political messages of 24. It perceives the show simultaneously as a form of captivating entertainment and as a disturbing representation of dominant perceptions of insecurity. First, the chapter demonstrates how security threats are constantly mobilized in absolute terms, such that they seemingly necessitate the suspension of the law, direct masculine action, and the reduction of people to mere bodies that can be manipulated by the state. Second, it analyzes the relationship between the neoliberal dynamics depicted in the show and those reproduced in the ongoing “war on terror,” especially by the United States. The scaling up of surveillance and security apparatuses and the dismantling of the welfare state are two intertwined expressions of neoliberalism that are justified by entertainment programs such as 24.Note: Feel free to republish this article on your own blog or website but please copy paste the below ‘Author Credits’ and include it at the bottom of your post or page. Thank you. 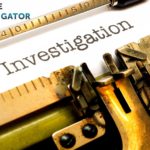 Enterprise confidence of a enterprise individual is the capabilities to study new expertise and carry out on the degree to realize the success. Confidence is the prime consider efficiency of

Giving everything that you have is one of the biggest manifestations of your love to another person. This usually happens during the so-called “honeymoon stage” of a couple’s married life. 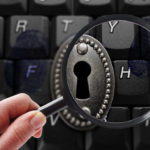 Background checks, witness and heir location, workers compensation or accident reconstructionit doesnt matter why you need to hire private investigation services. What does matter is the conduct of the investigator