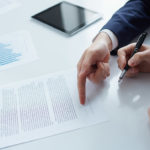 A complainant, usually a dissatisfied tenant, reports alleged violations of the City Municipal Code to the City Housing Department. An inspector from the Housing Department conducts a systematic inspection pursuant to the City Housing Code, Section 161.602.1 of the Los Angeles Housing Code, if the property is located in Los Angeles.The inspector finds several violations during the inspection in the presence of the property owner, property manager, or representative.A Notice & Order To Comply is issued by the City Housing Department, listing and documenting the violations. The property owner makes corrections of the violations.A reinspection is conducted by the same City Housing Department inspector or by another inspector. Some violations are corrected, but others remain from the previous inspection. The inspector takes photographs documenting the remaining violations.General Manager’s Hearing:The remaining violations or deficiencies have not been signed off as completed.An inspector from the Housing Department posts the Notice of General Manager’s Hearing for a specified date. Indeed, in accordance with Sections 161.801 and 161.805 of the Los Angeles Municipal Code, whenever a violation has not been corrected by the time specified for compliance, the General Manager shall hold a hearing.A General Manager’s Hearing is conducted. The property owner or agent is present. The property owner is given a sixty-day continuance.Another reinspection is held which reveals more corrections, but still some violations remain from the previous inspection. A General Manager’s Hearing is again held; and the property owner given another sixty-day continuance.After two months, a General Manager’s Hearing is again held. The property owner is not given additional time to abate the remaining violations. The Hearing Officer recommends that the case be prepared and submitted to the City Attorney’s Office for prosecution.Misdemeanor Complaint Filed By City Attorney:Los Angeles City Attorney Carmen A. Trutanich, through a Deputy City Attorney, files a Misdemeanor Complaint of four counts for each of the four remaining violations, to wit: Count 1 for violation of Sections 93.0314 and 93.0201 of the Los Angeles Municipal Code (LAMC) for wiring and installing a meter at the exterior of the building without permits; Count 2 for violation of the aforesaid sections of the LAMC for installing wiring in the basement without permits; Count 3 for violation of Section 94.500 of the LAMC for installing a water heater without first obtaining a permit; and Count 4 for violation of Section 91.805 of the LAMC for failure to discontinue use of porch enclosure and roof extension construction without permits.Each of the four violations is charged as a misdemeanor, punishable under California Penal Code Section 19 by imprisonment in the county jail not exceeding six months, or by fine not exceeding one thousand dollars ($1,000), or by both.Defense To City Municipal Code Violations:Violations of the Municipal Code documented by photographs taken by an inspector of the property and search of the Department of Building and Safety records that no permits had been applied for or issued to the property owner can hardly be defended in Court.Presenting a timeline or schedule for abating or correcting the deficiencies to the prosecuting Deputy City Attorney would go a long way to obtaining a continuance of the arraignment of the erring property owner.Indeed, the prosecution usually gives the property owner more time to correct the violations, even as safety of the occupant(s) of the property is a primary concern. Moreso, if it takes so much money to do the corrections.Submission of estimates of the repairs and corrections to the prosecution and good faith efforts to comply are highly recommended to hopefully obtain a dismissal of the Complaint, or a reduction of the misdemeanor complaint to infraction for payment of fine and assessed costs, if any.Disposition of Misdemeanor Complaint:If all corrections of deficiencies are signed off as completed by reinspection by an inspector of the City Housing Department, the prosecution may be disposed to dismiss the Complaint.If the corrections took time to complete or not completed, the prosecution may not dismiss the complaint, and seek conviction for misdemeanor or infraction.If the property with uncorrected violations is foreclosed, the complaint may be dismissed as against the foreclosed property owner.But most likely, the new owner would be subjected to the same process of inspection by the City Housing Department and even prosecution by the City Attorney, if the new owner does not correct the deficiencies.Let it be fair warning though that notorious “slumlords” have been imprisoned for repeated and uncorrected violations of the City Municipal Code.(The Author, Roman P. Mosqueda, has practiced as defense counsel of property owners charged with violations of the City Municipal Code in Los Angeles, Long Beach, and elsewhere for over 15 years. He is a long-time member of the California Public Defenders Association. Send comments by e-mail to rpm_law@yahoo.com, or call (213) 252-9481 for free consultation, or visit his website at http://www.mosquedalaw.com.) 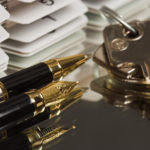 You’re not the expert – that’s what your real estate attorney is there for!Both your attorney and lender say you will also need home title insurance before the closing is 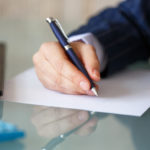 There are different degrees of asset protection. Typically, the more complex the planning is, the more effective it will be in the future. This is one of the method of 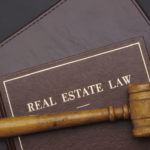 The Federal Reserve has called for a mortgage standards reform to counteract abuses taking place within the mortgage sector. If approved, the reform would demand banks employ an 8-point checklist