The Federal Reserve has called for a mortgage standards reform to counteract abuses taking place within the mortgage sector. If approved, the reform would demand banks employ an 8-point checklist to guarantee mortgagors can pay back the loan and would mandate a 20 percent down payment requirement.The proposed mortgage standards reform makes banks responsible for investment choices and hold mortgagors responsible for reimbursement of borrowed funds. Additionally, the reform suggests changing what defines a qualified mortgage and associated underwriting criteria. The reform is likely to be carried out by the Consumer Financial Protection Bureau later this year.Very few people would disagree that significant modifications are required within the real estate sector. In the last few months several investigations have been started against major banks by Attorney Generals, Federal Housing Authority, Justice Department, and Securities and Exchange Commission.Altering guidelines which have permitted banks to take part in sketchy financing practices, such as improper foreclosure, are long past due. The latest federal reforms presented to legislature include the Regulation of Mortgage Servicing Act and the Short Sale Act of 2011.The mortgage standards reform proposition is in compliance with the Dodd-Frank Consumer Protection Act. Dodd-Frank was set up to guarantee consumers obtain sufficient information and facts when borrowing money from financial institutions.Although change is needed a lot of real estate professionals are worried about recommended modifications introduced in the rule. Substantial debate is occurring in regard to alteration to underwriting standards of Qualified Residential Mortgages (QRM).QRMs are described by The Atlantic as “loans that meet certain guidelines and allow banks to escape retention requirements.” Proposed reform recommends a mandatory down payment of 20 percent to reduce risk of loan default. Governing bodies want to modify QRM criteria that not only call for higher down payments, but require buyers to cover all closing cost expenses.Real estate professionals are worried these modifications would cause even more downfall in house sales mainly because of the increased down payment requirement. Furthermore, the recommended 8-point checklist would restrict numerous borrowers from being approved for a mortgage loan.To further aggravate the situation, legislation has already been introduced that would remove the mortgage interest deduction from tax returns. This would include interest paid against mortgages and home equity loans.Yet another worry about mortgage standards reform is the impact it might have upon the Federal Housing Authority. FHA has been the desired home loan program since 1913. Almost 60 percent of home loans are insured by the FHA. Proposed reform recommends limiting lending to less than 15 percent.Mortgage reform presents a Catch-22 situation. On one side, it is essential for turning around the current mortgage crisis. On the other side, is proposes tight restrictions on buyers that could result in further decline of home sales.If banks conform to recommended mortgage standards reform there is opportunity for positive change to take place within the real estate sector. Even so, more restrictive financing standards and increased down payment requirements could keep the market at a standstill. Only time will tell if reform makes a positive or negative impact. 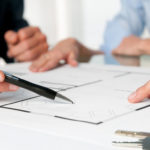 Not long ago, I was looking over a listing agreement for selling a piece of commercial property. The darn thing was 25 pages in small print front and back. Imagine 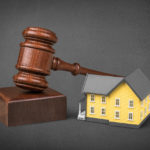 The gift tax is imposed each calendar year on the transfer of property by gift made during that calendar year. There are exclusions from gift tax in the amount equal 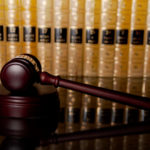 Replevin is a legal procedure to obtain recovery of property, and under Florida law there are two types of replevin. One type is the ordinary replevin action, providing for recovery