The Dangers of Driving and Using Mobile Phones 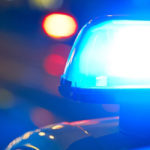 It is unfortunately a sight we see far too frequently worldwide, people driving a car and using their mobile phone at the same time. This is of course not only illegal but foolhardy and is the cause of many road accidents. Although many millions of people drive cars it is the minority who risk danger to both themselves and other road users.With our modern busy way of life using the phone whilst driving has become a very controversial subject owing to the many fatal accidents as well as crashes, these drivers lack full concentration whilst talking and are not in total control steering and handling their car. However, because it was legal for such a long time to drive whilst talking on your mobile phone before the dangers were properly realised, people have got into the habit of doing it and into the mindset that it’s harmless.This is a dangerous situation for our country’s drivers to be in. In a situation like this, simply changing the law is often not enough, something needs to happen to provoke an attitude change in the people who still talk on their phone’s while driving.Many careful and responsible drivers have been innocently travelling along the road observing all the legal driving requirements only to become involved in an incident, damaging their own car involving a vehicle where the driver has been using a mobile phone.This accident may well come as a complete shock as this car owner was being a responsible and sensible driver. The driver of the offending vehicle is at fault for driving and being distracted with the conversation on his mobile. Using your mobile phone whilst driving is dangerous not only for other drivers but for the driver himself.Frequently drivers are also using the mobile phones and exceeding the speed limit which compounds the danger. This practise must be discouraged immediately for the benefit of all road users. Currently the law requires that those caught using mobile phones whilst driving will be penalized with three to six points on the driver’s license. In very serious or repeat offences the driver’s license can be cancelled. It is a sensible and responsible thing to set your mobile phone to ‘hands free’ and use only in emergencies. This feature of your phone should be set up before you start your journey. Better still take a break from your driving and pull into a rest area and then make or take your phone call.

Traffic signs or symbols control the flow of traffic, warn the drivers and individuals of hazards ahead, guide and give information to the drivers’ destination, and inform drivers and civilians 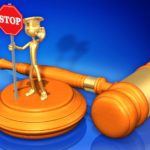 There are a lot of charges that could be charged to a person who committed a DUI violation. In fact, you may face penalties that could terminate your license for 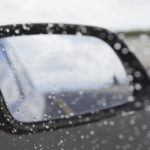 As a Midwestern state, Ohio winters can be temperamental, to say the least. From rain and snow to dangerous ice, fog, and everything in between, conditions can make staying safe