What You Should Know About Motoring Offence Lawyers 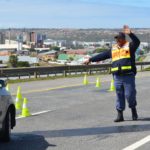 Any good legal office will have specialists in certain areas of the law. If you are involved in a motoring offence then you will need the services of a motoring offence lawyer. If the accident that you have been involved in is serious then you will need the expertise of such a lawyer whether you are at fault or not they should be able to achieve the best outcome on your behalf.If the accident you have been involved in was a dangerous or fatal accident it is important that the lawyer who will represent you is experienced in such cases and fully conversant with motoring and pedestrian law. The penalties of such an offence are stringent and the guidance of a professional lawyer is essential to guide you through the stages of the legal system.If the accident you have been involved in is very serious that could warrant a prison sentence your legal advisor will be able to work on your behalf to provide legitimate grounds and lodge an appeal to any sentence. Your lawyer will evaluate your situation and advise an appropriate course of action with the possibility of a reduction of fines that could be waived on appeal.The use of a cellular phone whilst driving a car has become one of the most common offences. This has been against the law since 2003 but drivers continue to use their phones causing danger to others. Hands free devices are available and drivers often get confused over this law if they have both hands on the steering wheel. Offences of this nature are often difficult to prove as there are exceptions as mobile phones are allowed to be used in an emergency.Another cause of many accidents is speeding. Speed cameras are placed all over the road system and many drivers have received speeding fines generated by these cameras. There are rules about the extent of speed over the regulations and whether a ticket will be issued. These cameras are there to aid the reduction of accidents and if a driver wishes to fight any ticket issued they should seek the advice of a legal advisor that specialises in the area of speeding fines.The speed cameras come in various types and are subject to different rules and the police have to adhere to these rules. A lawyer will be able to ascertain if the police have stuck to the rules in each particular case, a lawyer will be aware of such rules and may well be able to invalidate any ticket that has been received.Drinking and driving is another serious cause of accidents. It can often seem like a straightforward case if a driver is stopped and is accused of drink driving. A good lawyer that specialises in that area of the law will work on your behalf and examine the evidence as an initial charge does not necessarily mean a prosecution will follow.A professional motoring offence lawyer will work on behalf of their clients in any number of situations involving motoring offences. If you have been arrested or have been fined you should seek the help of a specialised lawyer to handle your case who will find any legal loophole or technicality to reduce the fine or offence. 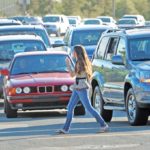 For the sake of those who do not know, sobriety checkpoints are roadblocks used to stop vehicles so that law enforcement officials can check drivers for possible alcohol or drug 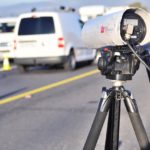 If you are caught committing a motoring offence it is important that you look for professional legal advice as soon as possible. Some often put off seeking advice from a 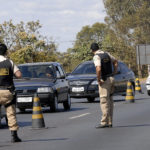 With new expertise as of late something is feasible. There are actually web sites you could go to for assist with resolving your site visitors tickets on-line. You’ll be able